The History of the Engagement Ring 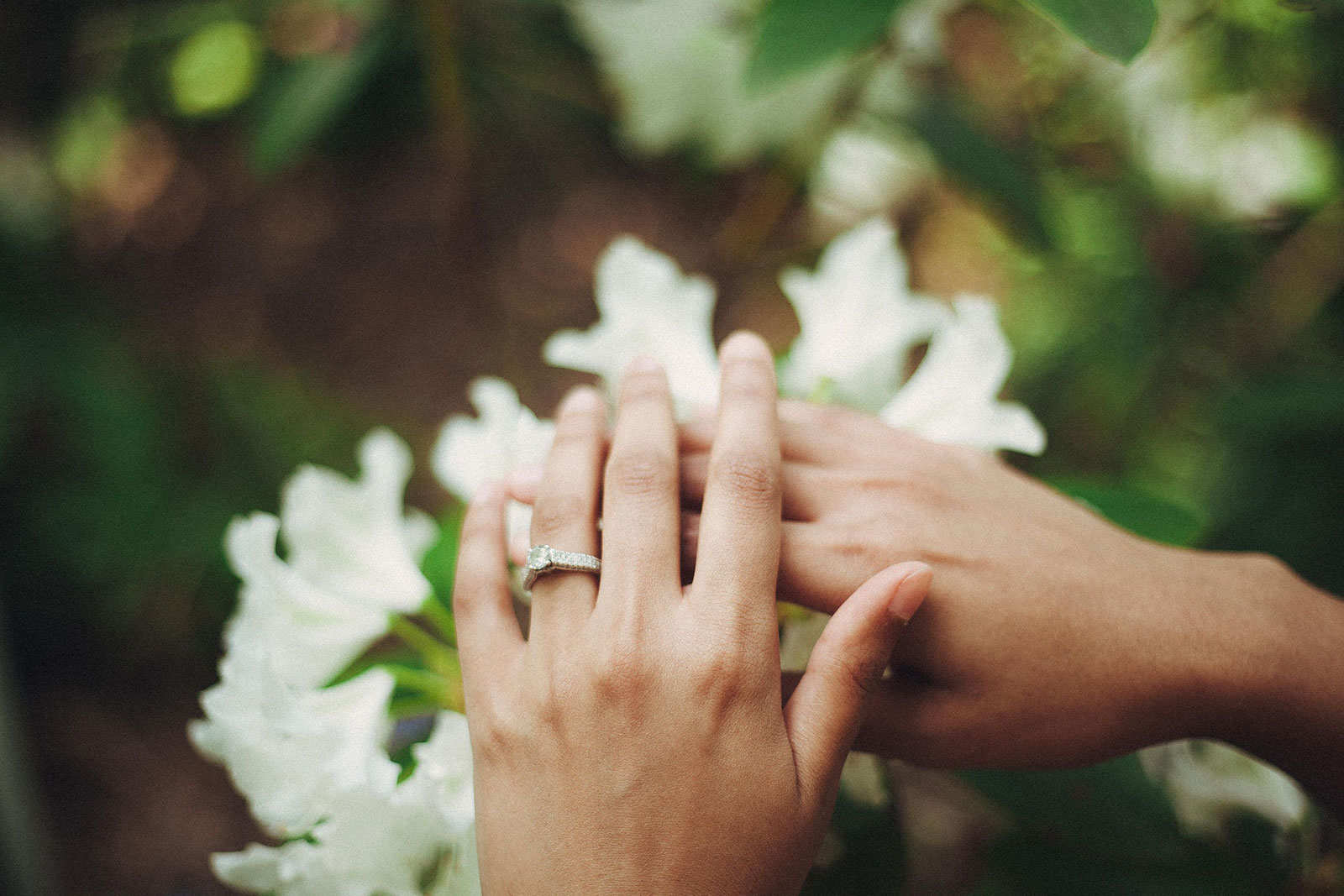 What do we really know about the history of the engagement ring?

Some of you may know that engagement and wedding rings are worn on the fourth finger of the left hand because it was thought that a vein in that finger led directly to the heart. But there is so much more to know! In this guest blog, Hannah Danson of HD Words delves deeper into the engagement ring’s history, and it’s quite fascinating.

When considering getting engaged, most people think about the present and the future, but probably not the distant past. However, the Romans and the Victorians, amongst others, have an interesting role in the history of the engagement ring as we know it today, so we’re going to dive back in time a little and find out where the shiny ring on your finger originated.

It’s hard to say when engagement rings began, or even engagements began, and not especially easy to judge who were the first pair to get ‘married’ either. I expect stone age people found someone they like and set up cave with them, but we have no way of knowing about ’till death do us part’ until writing came into general use. So, the first definitive records of rings used to signify betrothal occur in Roman times.

If you were a Roman lady, your marriage would probably be arranged between your father and a man of his acquaintance, for business purposes, although love-matches were not unheard of. Women were often presented with a ring that signified the contract agreement, which was commonly made of iron in the early years of the Roman Republic. As gold became more widely available, many women chose to wear a gold ring while out in public, and an iron ring at home.

Having a ‘good’ ring to show off with isn’t a new thing at all!

With the collapse of the Roman Empire, other cultures prevailed. The mid 7th Century Visigothic Code required a ring to be given and accepted as a pledge of marriage, together with a written promise. And in 860AD, Pope Nicholas I was writing about men giving engagement rings, in the Roman Catholic church, compared to the Eastern Orthodox practices, where presumably such a thing was not done.

In 1215, Pope Innocent III invented the banns of marriage, to cause a delay between deciding to get married, and being married. It is believed that this had the unintended consequence of raising the popularity of engagement rings as well!

The very first record of a diamond engagement ring, in 1477, may not have been the first such ring at all. However, diamonds were not a common stone in the middle ages and were not cut or polished in a way that we would recognise these days. However, the Archduke Maximillian of Austria gave a ring set with diamonds to his fiancée Mary of Burgundy, the day before their wedding. The diamonds were set in the shape of an M, and set the Duke somewhat into debt, so it was a good thing that she was fabulously wealthy, and could bail him out.

This set something of a trend, amongst the nobles of central Europe at least, for engagement rings with diamonds.

In Elizabethan times, symbolism was big. Gimmal rings, which split into two parts, would be worn by both parties to the engagement, until the wedding ceremony, when the wife would take both parts and wear them together. And posey rings were given, inscribed with messages such as “True Love will not Remove’ and ‘The ring is round & hath no end so is my love for thy’.

The Victorians loved hidden messages, and often gave rings on which the jewels spelt out ‘DEAREST’ or ‘REGARDS’. Dearest was Diamond, Emerald, Amethyst, Ruby, Emerald, Sapphire, Topaz, and Garnet was the G in Regards, if you were wondering.

So, engraving or hiding a message on your ring has a great historical precedent as well!

As you will have noticed, the Victorians were using diamonds in jewellery, as they had been discovered in South Africa in 1866. By 1872, mines there were producing over 1 million carats per year, spearheaded by Cecil Rhodes’ mining company De Beers, but it still was only the wealthy who could afford such things.

Ring trends in the twentieth Century

At the beginning of the 20th Century, in the UK, delicate filigree rings were popular, and jewellers crammed as many tiny diamonds onto the tracery as they could manage. The 1920s introduced clean lines and crisp designs, an obsession with coloured gemstones, and the Asscher cut for diamonds.

In the 1930s, rings got smaller, with the Great Depression, and the cheaper platinum was the metal of choice until it was needed for the war effort, upon which it was replaced by gold. Jewellers got creative about making a small diamond look like a lot of sparkle, but they were still not the universal stone of choice.

In 1937, De Beers began working with New York marketing company Ayers, to improve their sales, and in 1948 unleashed on the world the campaign ‘A diamond is forever’. Their goal was to convince girls that a proposal wasn’t a proposal without a diamond solitaire and to convince guys that they needed to spend a month’s salary on their girl’s ring. And it absolutely worked.

Through the rest of the 20th Century, trends came and went, as more people bought into the hype, and diamonds became the engagement ring stone of choice for the masses.

Square stones, usually princess cut, were popular in the 1970s until in 1982 a real future princess was given a stone with an emerald in the centre, surrounded by diamonds. (Diana, but you knew that!)

The 1990s were all about minimalism, featuring round diamonds, and platinum or white gold, but with the twenty-first-century things changed again.

The 2000s brought us halo rings, coloured diamonds and pave bands, as well as double bands splitting either side of the stone.

In 2010, Diana’s ring came back, worn by Kate Middleton, so coloured centre stones made a comeback, then Meghan Markle’s trilogy ring in 2017 brought that style to the fore.

The most recent trends have been focussed on individuality, with bespoke rings taking over the market, and oval diamonds gaining ground on round brilliant cut stones. It’s also the case that many people are seeing the grubby side of the mined diamond industry, and choosing to step away from the environmental destruction and human rights abuses perpetrated there. Ethica Diamonds specialise in fine bespoke jewellery that is hand-forged these alternative diamonds are becoming increasingly popular, as people are becoming ethically and environmentally aware. Their Top Five Dimond Ring types are hugely popular